G2 founder and CEO Carlos “ocelote” Rodriguez has been suspended by the organization following a controversy that blew up on Twitter. The tweet in question shows Rodriguez partying with internet celebrity and social influencer Andrew Tate. Tate is infamously known for presenting extremely misogynistic views and has amassed a large following of people sharing the same views.

The tweet blew up, with many fans of the organization expressing their disappointment towards Rodriguez and his actions. Some, however, praised Rodriguez for being able to “think for themselves in an industry filled with snakes.”

Carlos.. next time please don’t hesitate to invite me to one of these. Im glad theres still someone that can think for themselves in this industry filled with snakes.

Some Twitter users have ridiculed the idea of Tate’s connection to G2’s CEO, as G2 just recently launched an all-female LoL team.

Rodriguez has since then issued an apology in the form of a Twitter thread, stating that he “failed to read this room right.”

Many G2 fans were let down this weekend which created confusion about what I stand for.
It has always been my consistent target to stand for absolute equality of opportunity regardless of who you are or where you come from, which is what gaming is all about. (1/2)

Rodriguez changed his Twitter profile picture to that of a burning egg after the announcement of his suspension. 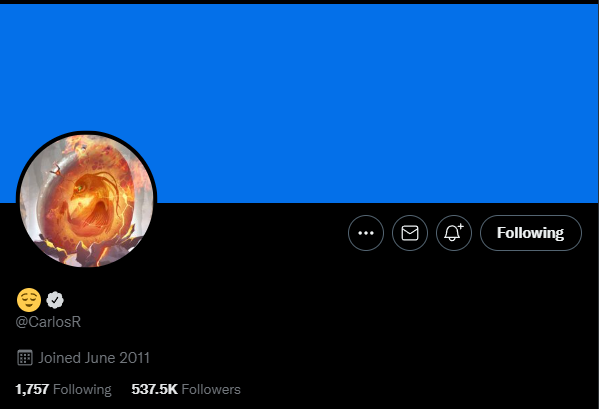 As of writing, there is no update regarding the duration of Rodriguez’s suspension. There are also no updates on who will be replacing him for the CEO position.